Getting Married in Thailand for Canadian Citizens 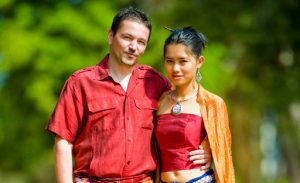 Canadians are amongst the tourists in Thailand who are considered to have helped stir the economy in the country. This is due to the increasing number of Canadian citizens who travel here over the past years, which in many cases are Canadian men who visit the country and return to Canada with a Thai wife.

For Canadians, getting married in Thailand is actually not that complicated, not to mention a lot cheaper than in their home country. The same rules pretty much apply whether they want to marry a Thai national or another foreigner. Furthermore, marriage that is legally performed in the Kingdom is recognized and valid in Canada, though unlike in many western countries where the wedding ceremony includes legalized marriage at their city hall, it is a different procedure in Thailand.

To legally register your marriage in Thailand requires the following process:

The certificate of marriage that will be issued to the couple is in Thai. If they wish to use the certificate in Canada, it can be translated to English or French which then requires notarization at either the Thai Ministry of Foreign Affairs or at a Canadian embassy.

For a Canadian citizen who is planning to marry a Thai national, you might want to do a little research on the Thai dowry or ‘sin sot’. This has long been part of their tradition in Thailand. The dowry, in general, is just to prove that you can support your Thai wife. And also, in contrary to what many Thai spouses think, they do not automatically acquire Canadian citizenship through the legal marriage to their Canadian partner. If they want to travel to Canada, they will still require a visa to do so.

About the Author: Eric John Guzman

Eric is an article contributor and a frequent writer at MarryThailand Blog. He writes more on the essence of marriage particularly about the Thai culture. Other times Eric writes blogs for subject of sudden interest as a way to perk up his knowledge. He also writes articles about immigration within Thailand jurisdiction. 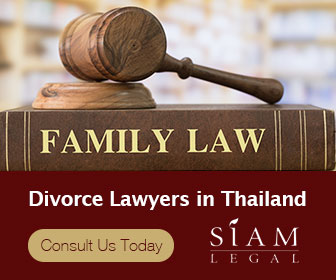