Having a Christian wedding in Thailand with your Thai fiancee or other significant half can be arranged by us. Let us know what you would expect for your wedding arrangements as a Christian wedding does not specify any particular order. You have the freedom to decide how you would best wish to celebrate such a joyous occasion. There could be nothing better than having your wedding in a tropical paradise such as Thailand. Should you wish to have your Christian wedding in Thailand it can take the form of a Catholic, Pentecostal or Episcopal wedding. We have listed each below: 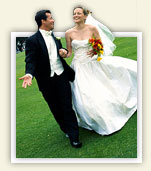 Having a Christian wedding in Thailand as a Catholic would mean that the wedding would occur under the Sacrament of Matrimony. This is one the seven sacraments. Such a Catholic wedding would normally consist of at least 3 biblical readings an exchange of rings and exchanging of vows. This would then be followed by the Prayer of the Faithful and a nuptial blessing followed by prays and music. Catholic weddings have always been very rich in traditions as it has always primarily been a worship service signifying the calling together of a man and a woman for the purpose of marriage in the presence of both family and friends.

A Catholic wedding is never really a private ceremony but more of a public ritual which is celebrated in a church building or other indoor facility. There are exceptions however to the rule. Would you prefer to have your nuptials outdoors, on a beach or even on a hill top in Chiang Mai?

Weddings normally take place in the morning or early afternoons. Catholic weddings generally start with a Nuptial Mass and couples are encouraged to receive the Sacrament of Reconciliation before receiving the Sacrament of Matrimony. Usually a Catholic wedding in Thailand would not be scheduled on Holy Thursday, Holy Saturday and Good Friday or during the regular scheduled hours of Mass. Some believe that a church is the best place for a Catholic wedding. The choice would be yours. When any marriage occurs between Catholics of mixed rites, it is normally the rite of the groom that would determine the service to be used. The power to transfer the rites from the groom’s church to that of the bride would rest with the Church. Before such a wedding you need to tell us your needs and requirements so that we are able to advise you accordingly.

Requirements
For a Catholic wedding certain requests are usually made by the church as there are no set rules by the church. Each diocese would have their requirements to perform a Catholic wedding in Thailand. It is however normally required that both the bride and the groom provide a copy of their Baptismal Certificate. The Catholic partner would be required to promise his or her continued observe of the Catholic faith and to raise their children after the wedding with the same Catholic values. This promise is made in the presence of the partner. 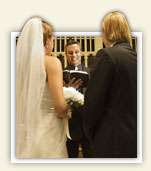 Protestants vary greatly as there are various ranges of religious believe under the numerous Protestant groups. The major differences are in their practice and are reflected in their wedding services. Protestants would be any Baptists, Lutherans, Methodists, Episcopalians, Presbyterians and others. The relationship of the church to Christ is considered as a relationship between a husband and spouse.

Protestant weddings would differ from other religions in that service in which, the will of God is served and Lordship of Jesus would be proclaimed. The wedding guests would partake in the wedding. This would be by the sharing in songs and Christian readings in responses to the bride and grooms while exchanging vows. 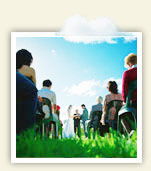 Protestant Church Requirements
There would be few if any restrictions regarding the location and time of your marriage, except during major religious holidays, such as Christmas and Easter. Protestants who have been previously married or divorced are able to re-marry, although some denominations would require a release from their Church officials in order that the marriage to take place. Should you be divorced, bring with the original divorce certificate with you to Thailand as it would be required when the marriage is registered. Should your spouse have passed away, a death certificate may also be required for marriage registration. Contact a reputable law firm in Bangkok to advise you as to which documents would be required for marriage registration.

Episcopal Church Requirements
A Christian Episcopal marriage is a solemn and open covenant between a man and a woman in the presence of God. It would be required that one of the parties be a baptized Christian. The wedding would have to be witnessed by no less than two witnesses and the marriage would have to comply to the laws of the land as well as with the canons of the Church.

Episcopal canon requires a notice be given at a minimum of 30 days prior to the scheduled wedding. An Episcopal priest should obtain consent from the Bishop in order solemnize the marriage, of any previously married parties. Any divorce papers would be required if registering your marriage in Thailand. See our section of marriage registration in Thailand.

The First Step
It is important for the couple to arrange to talk with the Rector regarding the wedding prior to any other plans are finalized. Alternatively we will do this on your behalf. We would also contact the priest well in advance, in order to avoid conflicts in scheduling. An advance notice of several months is the rule of thumb, rather than the exception so contact us early.

Counseling prior to the wedding:
Being that marriage as a serious act and lifelong commitment, the Episcopal Church requires that all members of the Church who wish to marry receive counseling, in order to prepare and insure a long lasting marriage. Let us make the necessary arrangements for you.

Officiates attending the wedding:
A priest or bishop or both preside at the wedding there for Blessing the Marriage, these ministers alone would have the power of pronouncing the rights of blessing, and of celebrating the Holy Eucharist. When both a bishop and the Priest are presiding over the service, the bishop should pronounce the blessing and preside at the Eucharist. A deacon, or a priest, may deliver service, asking for the Declaration of Consent, read the Gospel, as well as other assist with other functions at the Eucharist.